Ahhh yes. I was just about to go to bed last night when I had a quick look at my Twitter timeline, and lo and behold: All hell was breaking loose, and not in a Supernatural kind of way. In a Gallifreyan way, rather.

You see, Matt Smith is leaving Doctor Who. Cue the understandable lamenting and wild speculations. Now, I’m not too sad about this, personally – I’ve only seen Smith in series 5, and I didn’t quite fall in love with his character. I don’t know if it’s his looks, his acting, the storylines or Moffat’s showrunning, but Eleven never affected me as deeply as Nine and Ten did (yes, I am one of those Whovians who haven’t watched the older series. Sorry. One day, maybe).

So: No lamenting from me. But there’s no way you’re keeping me from speculating wildly. And hence, here you go – since we’re talking about Doctor number twelve, you’re getting twelve suggestions from me, bearing in mind the wishes of the fans for an „older“ Doctor, a female Doctor, a non-white Doctor, and Gingers, of course. Also, my personal favorites.

2. Now, I’m all for a ginger Doctor. Just not Rupert Grint. Please. Thank you. Instead, I would love to see Toby Stephens as the new Doctor: Ginger, handsome, son of McGonagall. Unfortunately, he’s otherwise engaged. Still, a middle-aged woman can dream.

3. As far as female Doctors go, I know this one might not be a popular choice and it would need some clever writing to make it work, but hey: Catherine Tate is „older“, she’s ginger and she’s been there. Doctor Donna, remember?

4. I know there’s been a lot of calls for a non-white Doctor, and lots of people are suggesting Idris Elba. Not my choice. I’m thinking Richard Ayoade. One of the things I love most about the Doctor is his capability for childlike amazement and wonder. I feel that Moss, er, Richard would be brilliant at this.

5. Look, there’s no way I can explain this. It just feels kind of … fitting? So yeah, another IT Crowd alumnus: Noel Fielding.

6. Another „older“ Doctor, a familiar face since we’ve already seen him as Charles Dickens, but I feel that Simon Callow has this aura of natural kindness about him that I like to see in a Doctor. (And yes, okay, the other protagonist of the video would be a pretty good choice, too…)

7. Kindness is all well and good, but after all, the Doctor is a Time Lord. Hence, we need a tad of arrogance in the mix as well. And how about some pure and utter insanity? Enter Andrew Scott.

8. But back to female doctors. And gingers. And, well, sort of alien-looking people. Readers of Go Fug Yourself know what’s coming.

9. You want them younger? And male? Also, you’re a fan of the Harry Potter franchise? Not, not Rupert Grint, I thought I’d made that abundantly clear. I’m talking about the true revelation of the movies. Matthew Lewis, obviously.

10. Also one for the „young Doctor“ crowd and for those who want to see more diversity on the show: Dev Patel. Only please, pretty please, no embarrassing clichés à la Apu from The Simpsons or Raj from The Big Bang Theory. I’m not a big fan of Slumdog Millionaire, but I love the energy and wide-eyedness he shows in this interview.

(Or, you know, Judi Dench. OH MY GOD IMAGINE JUDI DENCH AS THE DOCTOR.)

11. Dear bookmakers, I know you’re suggesting David Walliams as far as Little Britain people go, but how awesome would Matt Lucas be as the twelfth Doctor? Plus, we could add his housemate Rebel Wilson as his companion. Yes? Yes. Not „but no but yes but no but yes“, thank you very much.

12. Emma Thompson. Because she’s awesome and I’d watch her in anything. So there.

Yeah, none of that is going to happen. I bet they’re going for Ben Wishaw. BOOORIIIIING!!! And no, I don’t want Tennant back. Or Eccleston. I just want less floppy hair.

(Ooooh, can we have Thompson as the Doctor and Rickman as her companion? With River Song and Captain Jack Harkness guest appearances? Pardon me. I’m in my other happy place. The NSFW one …)

Ein Gedanke zu “Who wants to be a Doctor Who?” 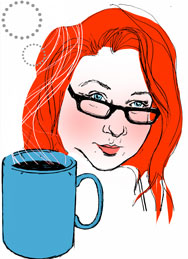